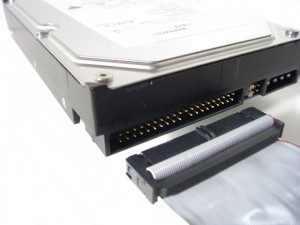 In the past few days I’ve been tackling a problem I’ve had for a while now – how to make ATAPI detection and retrieving device information reliable. I found that if I confined myself to a virtual machine then the existing code was pretty stable. However, with the large range of real-hardware I now have available to me, “it works in a VM” just wasn’t satisfactory. So I started testing and researching.

What I found was that I could reliably detect CD / DVD drives on all hardware. However, almost completely consistently, issuing the Device Identify Packet command resulted in the error bit being set. Yet my code worked exactly the same as many other people’s online examples. I reached the following conclusions:

What I realised, however, was that once an ATA device has reported an error, it does not clear the error flag until you send it a new command. I also noted that part of the process of detecting an ATAPI disc, involves issuing the Identify command and then checking various registers to look for the PATAPI/SATA/SATAPI signatures. You check for the signatures even if the device reports an error.

So what was happening was some devices flagged up an error for the Identify command and some didn’t. The ones which did, required an additional command to be sent prior to the Identify Device Packet command otherwise it would still report an error. I went looking for a reset command and found one. Technically it only affects PATA/SATA not PATAPI/SATAPI devices. However, because it reset everything on the bus, and ATAPI devices have to be ATA responsive, ATAPI devices count this as a command. Thus issuing the Reset command clears the error flag. The problem was solved 🙂

Head over to this file on my dev branch in FlingOS’s BitBucket repository for sample Reset method code and usage.